A&A Engraving, Inc. has once again, been awarded "Best of the West Engraver" by the readers of True West Magazine.  Thank you!  We are truly grateful for our customer's continued support.

Three Finishes to choose from! This Italian beauty will make the perfect gift or fundraising showpiece.  Personalization available. 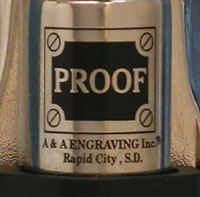 A&A Engraving has been America’s trusted choice for fine commemorative rifles, shotguns, and pistols for almost 40 years. Each original design is created to client specifications, resulting in heirloom quality showpieces that honor the unique communities, businesses, organizations, and individuals who have built, protected and continue to serve our United States of America. All authentic A&A Engraving commemoratives bear our mark of exceptional quality.