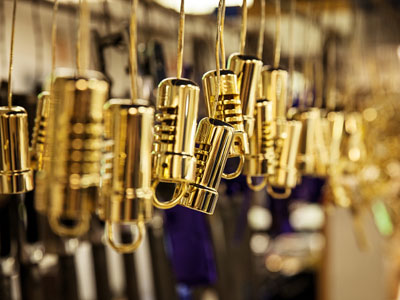 Since our modest beginning, the owners and staff of A&A ENGRAVING, Inc. ® have been dedicated to one goal: making the finest commemorative firearms in the world. Our dedication to high quality and perfection has made A&A Engraving Inc. ® not only a local leader in the Black Hills, but a leader in the industry as well.

Established in 1976, A&A Engraving Inc. ® started from humble beginnings in the basement of the Armstrong family home. From the basement headquarters, most of the work during the first few years was done for individuals on their personal firearms. The first commemorative firearms produced by A&A Engraving Inc. ® came in 1982 with a rifle and pistol set engraved for the Rapid City, SD Centennial. In 1984, business at A&A Engraving Inc. ®, really began to take off. The first big project that year was a commission from the Chadron Nebraska Centennial committee for 25 Chadron Centennial guns, which was also followed by projects from Rushville, NE, Gordon, NE and Hay Springs, NE. The company grew from 2 to 6 employees and, in 1987, built a small workshop. Contracts for the North Dakota and South Dakota State Centennial projects soon followed. 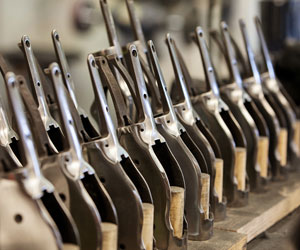 By 1989, and with more than 12 people on the payroll, a larger plant was needed. The 5,000 square foot building that currently houses the production facility was soon purchased. With a workforce of 20 employees and climbing, A&A Engraving was incorporated in 1991. By 1997, a building was purchased to accommodate the corporate offices, design studio, and the new jewelry manufacturing plant. By the end of the year in 1998, A&A Engraving Inc. ® had 37 employees and produced more than 2,000 commemorative firearms. In 2015, A&A Engraving Inc. ® added another new building to the company. The new building, which is 10,000 square feet, allows us to house more equipment and gives us the continued ability to upgrade our current technologies so that we can maintain our status as an industry leader.

A&A Engraving Inc. ® continues to invest in emerging technologies to meet the increasing demands of the commemorative firearms industry and maintain our dedication to perfection. Currently, we employ more than 30 dedicated talented individuals. Our team of highly-specialized craftsmen and specialists meticulously produce approximately 3,000 unique commemorative firearms in a year. By embracing new and emerging technologies while refining our own skills and crafts, we've maintained our dedication to perfection and are a trusted industry leader.